Do you know Amitabha Singh?

Amitabha Singh is a cinematographer and producer in the Indian film industry who is known for Khosla Ka Ghosla, National Award-winning Chillar Party, etc. He started his career as a cinematographer in 1994. The Good Road a 2013 Indian (Gujarati) film produced for NFDC by Amitabha Singh fetched numerous accolades and was screened at various international film festivals. It has also been nominated as India's official entry in the Best Foreign Language Film category at the 86th Academy Awards. He was also the Director of Photography for the film. The film won the award for Best Gujarati film at the 60th National Film Awards. The film is the first Gujarati film ever selected to represent India at the Oscars.

Amitabha Singh graduated from the Film and Television Institute of India (FTII) in 1994. Prior to that he has completed his Bachelor’s in Computer Science and Master’s in Mathematics from Delhi University and Banaras Hindu University respectively. Moreover, he did a Japanese Degree course at Jawaharlal Nehru University (JNU). In the year 2016, Amitabha started an innovative social endeavour called 'Cinevidya'. Under this initiative, he is conducting country-wide Children's Film Festivals and Workshops so that more and more Children could get sensitized about the role of Audio-Visual Media for Community Development and Creative Expression.

"Cinema for Life" is the motto at Cinevidya through which he is putting all efforts in making Cinematic tools and techniques relevant for today's Children, especially in the spheres of life skills.

Amongst many of industry initiatives, Amitabha has been a pioneer in bringing Super16 in the professional realm with his 'Think16', pushing the underlying thought of generating a cross-platform awareness about Super 16 in the Indian film-making environment. He made the format undergo numerous tests and challenges that professional visual standards demanded and applied it for varied projects including Feature Films, Advertising Films, Short Films, Student Films etc. which in turn gave a fresh boost to the independent film making activities in India.

Check out what he answered for our questions! 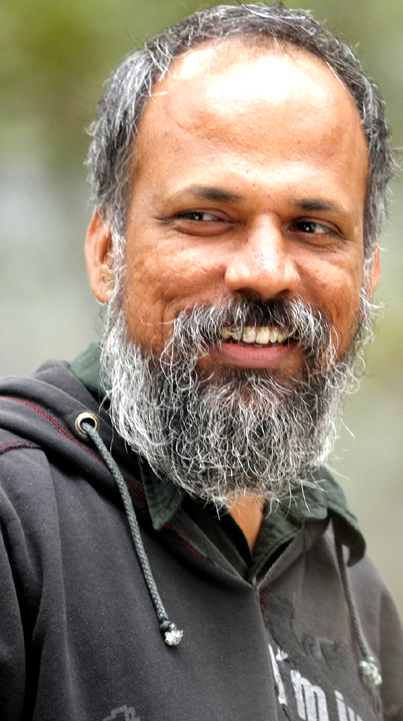 #1. You have a great career in Bollywood with experience of 25+ years. Have you ever had to handle a difficult conflict in this period? What did you learn from it?

I would say that I have had a very unusual career. I choose not to get trapped into any sort of a comfort zone. That keeps me alert all the time. Naturally, there are learnings at every step. 'Conflict' is a rather broad term. However, I do believe that creativity arises out of conflict. If there is no conflict, there can be no creation. So, as a creative person, my entire career has been nothing apart from that of conflict. There always are external conflicts in the face of which I strive to bring constructive change into our entire content creation space. There are internal conflicts that help me in better understanding and acceptance of my own limitations and shortcomings. Having survived innumerable conflicts and challenges all along my journey, I have learnt that having patience always helps. Having clear and firm conviction on any given creative idea always gets a better life once we handle it with positivity and cordial temperament. And that has been a huge learning over all these years. Because filmmaking is only and only team work.

#2. Your recent cinematography work on TV Show "Panchayat" is the talk of the country. How different was this experience for you as compared with your old projects?

I believe that as an artist, what I be and what I practice are essentially one and the same. My work is an expression of who I am at any given point of time. So in that sense, creatively speaking, working on "Panchayat" has been as enjoyable, gratifying and memorable an experience when compared to my previous projects. However, since while shooting, we are always navigating through infinitely many variables, each shoot every day throws up a fresh problem in the face of the team and then we apply all our knowledge, experience, skills and foresight to continue our work through that; collectively, as a team. Like most of my past work, since "Panchayat" was also shot on real locations, we had typical challenges of unusual weather conditions, delays due to unforeseen events in the village and last moment change in plans due to unavoidable circumstances. But then, for our profession, that is normal.

#3. What is the most advanced skill you have acquired as a Cinematographer?

Cinematography is a rather complex art form. As a Cinematographer, I know that it will take me a lifetime to keep honing my skills. So, I feel I am still on my path of learning to become a better skilled Cinematographer every passing day.

#4. What would you like to suggest to Freshers who want to have a career in Bollywood as Cinematographer.

I would strongly recommend that every Cinematography aspirant should devote some quality time in systematic learning for the medium going through an institution of repute. Like FTII in Pune, SRFTI in Kolkata, WWI in Mumbai; besides many many other media training institutions that have come up all across the country. I would stress that there can be no substitute to the quality of learning that any aspirant would get in an academic environment, which to my mind is most advisable. For past 6 years, I have been leading a venture into this space, called Cinevidya. You may like to visit www.cinevidya.com to know further.

#5. Tell us about your family and their support in your Career.

My journey into the direction of filmmaking started in 1991 when I joined Film and Television Institute of India, Pune (FTII, Pune). That too, it was after I had completed my graduation in Computer Sciences and post-grad in Mathematics. So, for me, I have been enormously fortunate because my family has supported me unconditionally, all along. Naturally, my first advice to all aspirants is that they must take their family in confidence. In our culture in India, our family remains our biggest strength; so when it comes to such a critical choice of career, one must try to convince parents. Now a days, with so much awareness about careers in Media and Entertainment Industry, I feel the youth as well as parents today are much well informed and reassured. However, I would also underline the uncertainty that is an essential part-and-parcel of our profession. The sense of growth that one achieves or develops in Media profession is very different and disproportionate when compared to similar people in other stable careers. For example, if I compare my position today to some of my classmates who were pursuing Computer Science with me in 1985-88 together, then I may not be standing anywhere close to most of them in many interpretations of the real world parameters. But then, that's the career choice I made and hence I need to find my own sense of gratification and peace with the way things have transpired around me.

#6. Tell us about your next upcoming Projects.

There are three independent Hindi feature film plans which are currently in the pipeline. With the uncertainty that is now looming over the revival of Shoots and ground operations in our industry owing to COVID-19, I am not in a position to indicate which one of the projects may get a chance to roll out first.

#7. A final message for our young readers.

Work hard in the right direction with positive attitude.

We to hear from you about us! 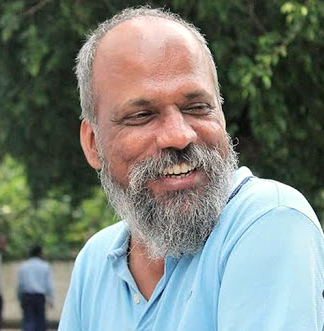 We wish Amitabha Singh all the best for his next inspiring works.